Even though I have connected these dots in Sahaja Samadhi and via Satsang into words, I hope that this is just another, Biological Warfare, conspiracy theory because it’s too big to worry about. Decide for yourself please …

Mother nature is in a very bad shape and humanity suffers greatly from this poor state because economists see money as more important than living in Bliss! People don’t always realize that planet earth provides us with the vital necessities of life such as oxygen, water and food etc.

Everything is pointing to a second world war that has never ended, because Hitler and his generals of the Waffen SS have managed to regroup, in peace and quiet, in the past decennia and in the meantime enjoyed the spoils of war and have infiltrated in high ranking positions in the government and in non-governmental organization and agencies (ngo) as the UN and WHO (see the GREY WOLF: The escape of Adolf Hitler). Investing in societies such as Vanguard Group (prefinanced by the FED (was before a ngo)) and now controlling the Big Farma and the major Fast Food, Malls and supermarkets chains, all the big global news broadcasters and social media companies are in control of these people: The Cabal, who are blessed by the Catholic Church and meet in the secret Freemasonry societies. And the Nazi even invented the Diagnostic and Statistical Manual of Mental Disorders (DSM–5), in which you can read that everyone is Mentally ill and the Codex Alimentarius with all its disadvantageous consequences; Dr Rima Laibow.

So if I understand it correctly, we are currently in the midst of a third world war (WW3), a biological war? Because Dr. Reiner Fuellmich has proof that the Covid-19 pandemic is a planned criminal operation led by the Cabal. And humanity is voluntarily accepting the most lethal means of war by taking the, Corona vaccine, shot. I recommend to investigate Dr. Carrie findings because she has same urgent information on Covid-vaccine. And if you are not convinces yet please see the lecture from Bill Gates about what you can achieve with vaccines to the CIA (Central Intelligence Agency) and Bill Gates depopulation vaccines TED TALK! 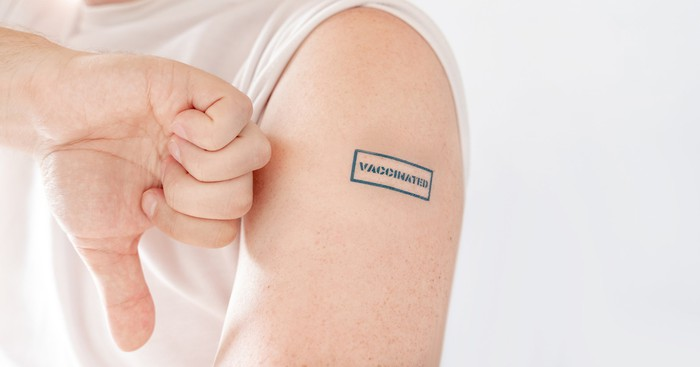 What will be the most favorable outcome of this war according to this Cabal that has started this world coup d’etat? The best outcome would be a world as it is today with all the people being subjugated to the will of the Cabal, and also the complete subjugation of all world leaders and governments to the will of the World Health Organization (WHO) (ngo).

O my God I hope I am wrong! But the current, Covid-19 pandemic, situation where we are living in ANNO 2021/22 looks a lot like the depopulation program which people have been speculating for many years. And can be initiated when the approximately 50,000 satellites to provide 5G and Wi-Fi services (make-believe) everywhere on Earth are ready and put in space.

Elon Musk’s SpaceX is leading these efforts with its planned deployment of 42,000 Starlink satellites placed in orbit by SpaceX and establishing a global network. So anyone vaccinated with the controversial Covid-19 / RNA vaccine and that makes more than 50% of humanity at risk, under the guise of the Coronavirus, with the 5G technology, the dreaded depopulation program can be started. Maybe Elon Musk isn’t as friendly as I used to think.

You could almost say that the WHO (ngo) is the umbrella organization of the United Nations (UN) instead of course it should be the other way around. Maybe fortunately, because now the UN is also giving away his power to professor economics Klaus Schwab, the founder of his World Economic Forum (ngo), which is also just a private organization.

Is the real Klaus Schwab a kindly old uncle figure wishing to do good for humanity, or is he really the son of a Nazi collaborator who used slave labour and aided Nazi efforts to obtain the first atomic bomb? Johnny Vedmore investigates; so check out Klaus Schwab his family values here.

Support Johnny Vedmore because he is a completely independent investigative journalist and musician from Cardiff, Wales. His work aims to expose the powerful people who are overlooked by other journalists and bring new information to his readers. If you require help, or have a tip for Johnny, then get in touch via Johnnyvedmore.com or by reaching out to johnnyvedmore@gmail.com

Klaus Schwab uses the current Coronavirus disease (COVID-19) pandemic to put his brainchild: The Young Global Leaders (ngo) on the map. And they want to push The Great Reset down to our throats. Well I hold my heart and what about you my Upperclass Conscious Brothers and Sisters??

I now come to notice that my answer is already in this question: Why do we let our children go to the University to specialize in business subjects? So that they can start their own business later, but now it appears that the world economy is the main perpetrator of the devastating situation of Mother Nature and Humanity.

Because they are the main culprit responsible for the current outcome of this Global Crisis. Where if we are not careful we may never depart from, or, come out even worse. Because we cannot solve our problems with the same economic thinking we used when we created them, in the first place (Quote: Albert Einstein).

Kukulkan wants to introduce his United Universe Church (UUC) that offers an alternative to Klaus Schwab‘s Great Reset (BBB) plan. Research the BBB and/or the UUC and decide for yourself who you want to support. Investigate this next interview for more background information about the BBB please:

The United Universe Church holds its own temple Pyramid, uses its own cryptocurrency, natural time and 13 Moon calendar system. We have a spiritual radio and television news channel, we have our own Healthcare institutions and facilitate an ideological lifestyle. The United Universe church religion can easily and holistically be used as a connective element between other belief systems. Check it out please www.UnitedUniverseChurch.com

So the ones in favor of the BBB (Building Back Better) put your head in the sand and let the great reset storm roll over you.

Those who are against the BBB let’s rise above the egomind and support the Great Awakening: The Global Consciousness Shift made possible by the United Universe Church and Shunyamurti.

The United Universe Church where being immortalized in your Bliss is the standard (Sat Chit Ananda). In general we create, a better living environment for all the people on earth and for those who are searching for a conscious lifestyle, a healthier body-mind-system.

PS: Are you interested or feel called to become a member of The United Universe Church Community? So that you can stay freely informed about meetings, agenda items and everything about the latest breaking news in the field of health, fitness and spirituality. With this invaluable self-knowledge you can learn to reach your full potential at your own pace and during this fellowship you also support us on our The United Universe Church Patreon Platform: www.patreon.com/TheUnitedUniverseChurch ) thanks in advance!